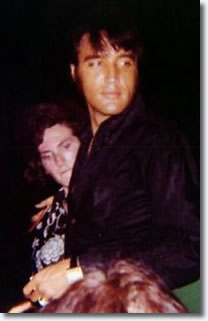 Every so often in the 1970s Elvis Presley would walk into a recording studio and cut a song that revealed as much about the state of his soul as the later self-portraits of Vincent van Gogh, typified by manic brushwork, said about the Dutch artist's torment. In songs like It's Midnight, For Ol' Times Sake, and I'm Leavin', this legendarily reclusive figure showed us the suffering behind the image, using music to acknowledge realities he tried to ignore outside the studio. For me, the greatest of these performances - which now, with all we know about his life, feel almost like entries in Elvis' private journal - is his chilling rendition of the haunting Michael Jarrett/Sonny Charles ballad I'm Leavin'.